A recent trip to Monomoy National Wildlife Refuge at Chatham, Massachusetts on Cape Cod was to visit the intertidal zones around the refuge and photograph a variety of birds present at low tide.  An Intertidal zone is an area that is covered with water during high tide and exposed land during low tide.  At low tide the area may resemble a large sandy beach with tide pools and narrow shallow flowing channels.  As the sandy bottom, once covered with water, becomes exposed, as the tide recedes, the whole place comes alive with activity.

D81_9260A flurry of activity in an Intertidal Zone as the tide recedes.

The first low tide of the day was at 3:00 am, too dark to take photographs, so I planned my arrival for around 6:30 am.  There would be plenty of light and time to explore the area as the next low tide was not until mid afternoon.  The first bird of the day was a Great Egret standing at the edge of a small marshy area. 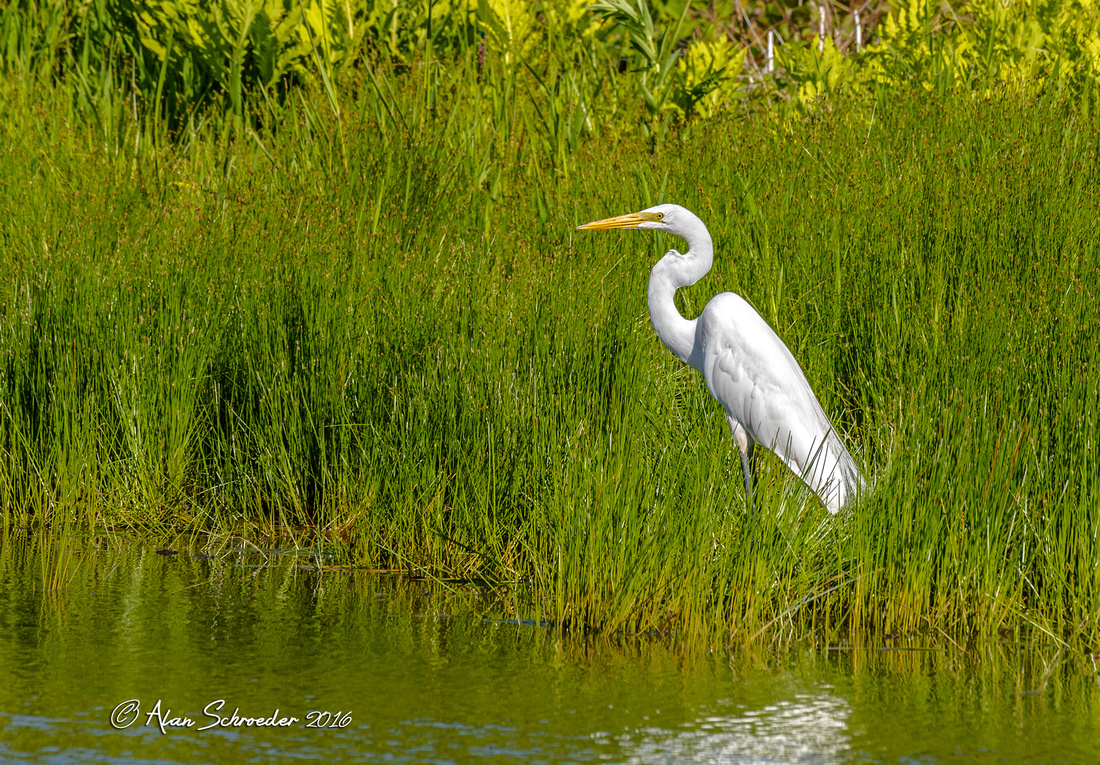 When I arrived at the beach there was very little going on as the tide was still coming in and all the sandy areas, exposed during low tide,  were covered with water.  Some seals were working their way along the outer beach and every so often one would venture closer to see what I was up to. 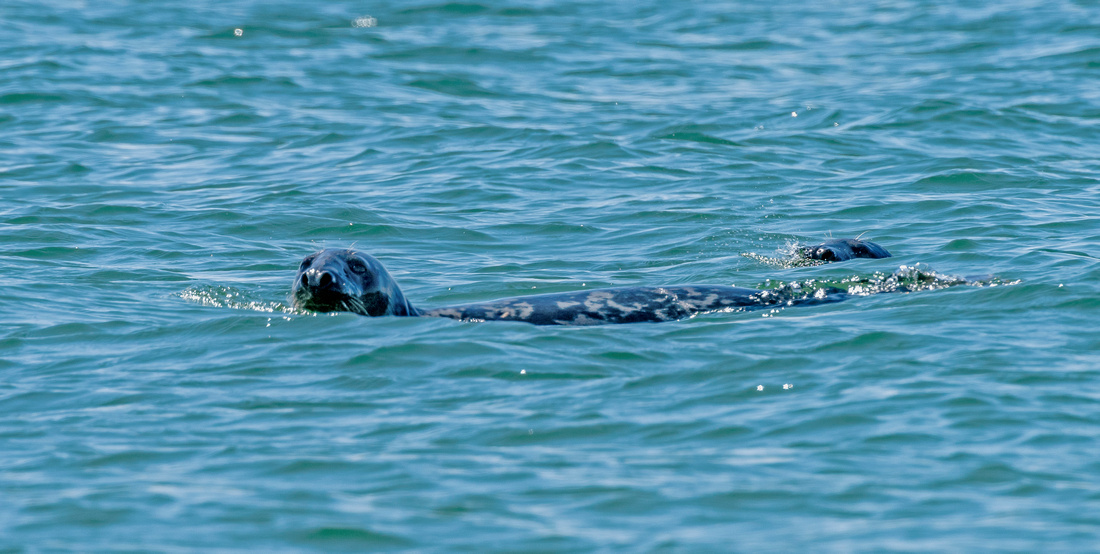 Terns, Common and an occasional Least Tern would fly by searching for food.  I always find the terns interesting to watch as they suddenly stop in mid air just before they  dive into the water to catch a small fish.  There were also a few of the ever present Great Black-backed and Herring Gulls. 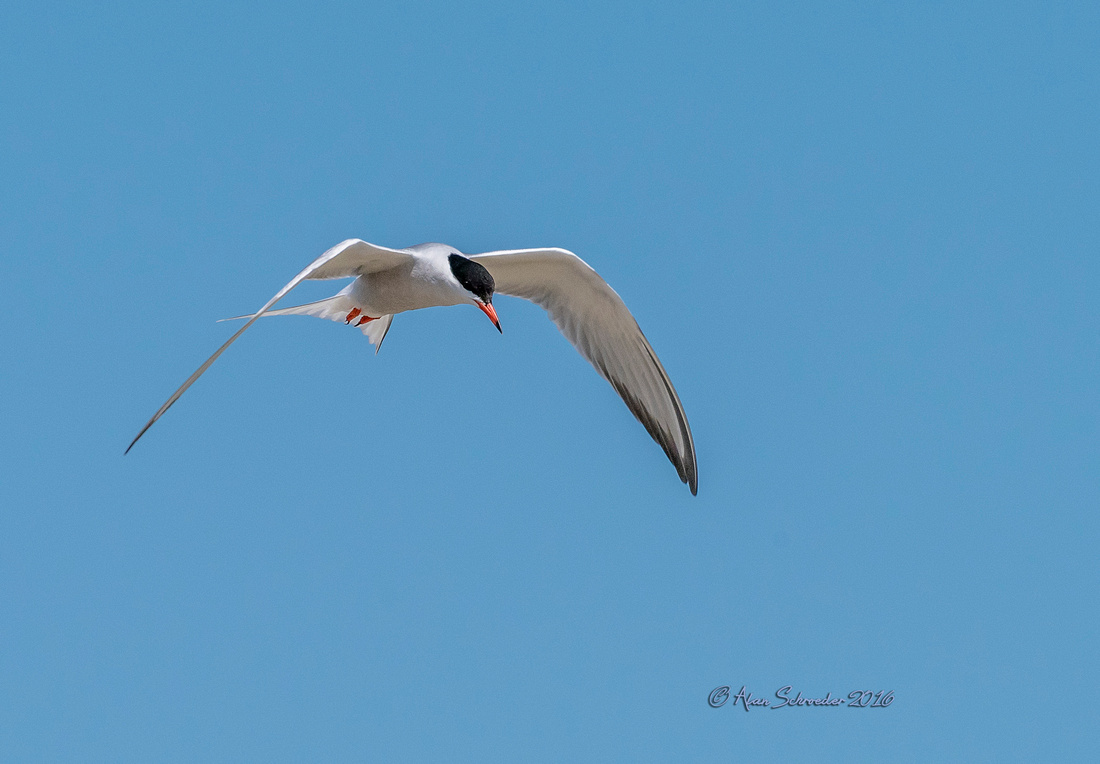 D81_9299A Common Tern pauses in mid air while searching the waters below for food.

As I walked the shore I happened upon a lone Horned Lark, busily foraging, and a Fish Crow, standing on a piece of weathered wood, wings out stretched, sunning.   The dunes had large clumps of Rosa Rugosa in both purple and white and, of course, beach grass everywhere.  There were several other plant species, however, my main purpose this trip was birds. 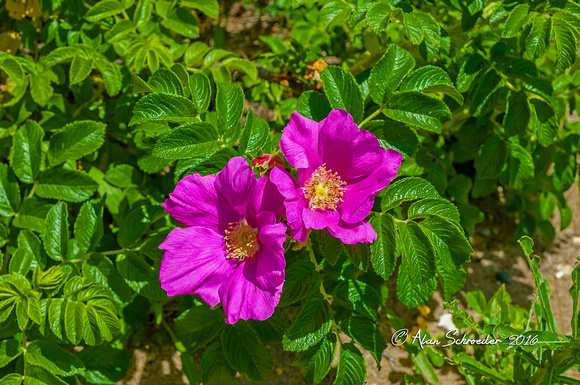 AS 16FF0081Two flowers of Japanese Rose ( Rosa rugosa ) in bloom in the dunes.

Eventually as the time for low tide approached everything began to change.  As sandy stretches began appearing so did the birds. There was an immediate increase in Common Terns, calling, hovering, diving and on the wet sand resting and preening.  Small bands of Least Terns began arriving and large groups of gulls.  As I sat on the edge of a dune watching the increasing activity I could see a group of Great Black-backed, Herring and Laughing Gulls had formed with Common Terns and Snowy Egrets mixed among them.  In the distance there were small groups of Common Cormorants in flight.  I heard a familiar call and turned to see two Willets land just yards from me and began working the shallow waters.  What more could I ask for ? 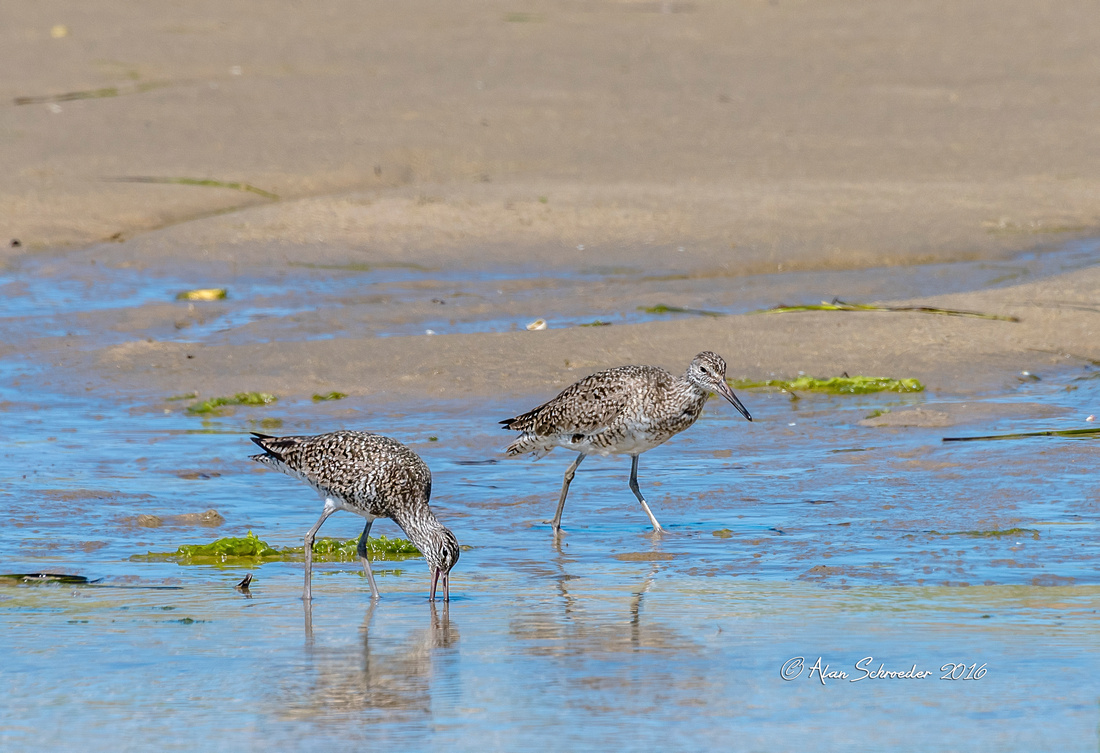 I slowly moved in as close as they would allow and settled in watching all the goings on and capturing as many images as I could.  I watched, with fascination, as the Snowy Egrets moved back and forth capturing what they could.   And I watched as one egret seemed to be stalking something.  It stopped, perfectly still.  Then suddenly turned and snapped up something from behind him.  ?? how did he do that ?  At this point this bird had my total attention.  A nearby Laughing Gull looked like it was stalking something also when suddenly the egret ran past and plucked whatever it was out of the water.  I chuckled a little in amazement, however the gull found nothing humorous about it and let out a squawk at which point the egret turned and faced the gull which then backed off.  Nasty little egret I thought.  As it turned out, with the exception of the Black-backs, all the other birds were afraid to engage this little egret as he would run up and snatch food up from right in front of them. 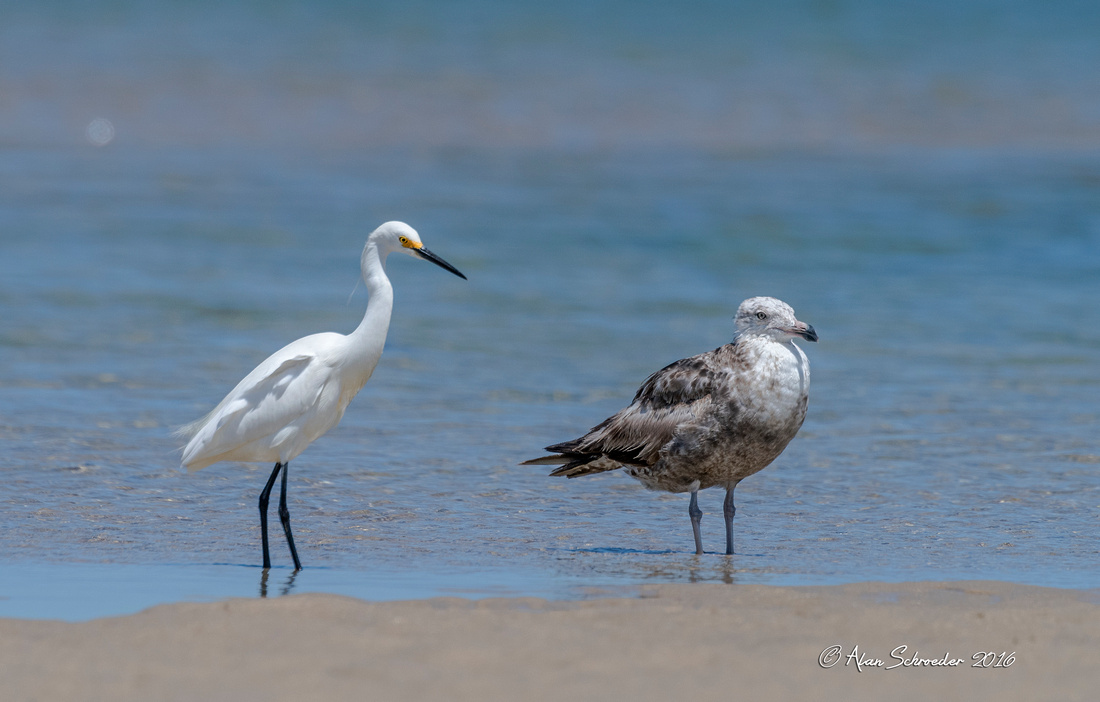 D81_9292A size comparison between the Snowy Egret and an immature Great Black-backed Gull.

Later on as I followed a pair of Willets, foraging in a tidal pool,  two Common Eiders flew past.  The Willets were soon joined by four Piping Plovers which would fluff up then chase each other, all the time chattering, a mating display I imagined.  This kept me busy for quite awhile.  I was also approached by six American Oystercatchers, two of which were banded, and a "peep", a lone Semipalmated Sandpiper, that forced me to retreat a short distance so I would be able to focus on it. 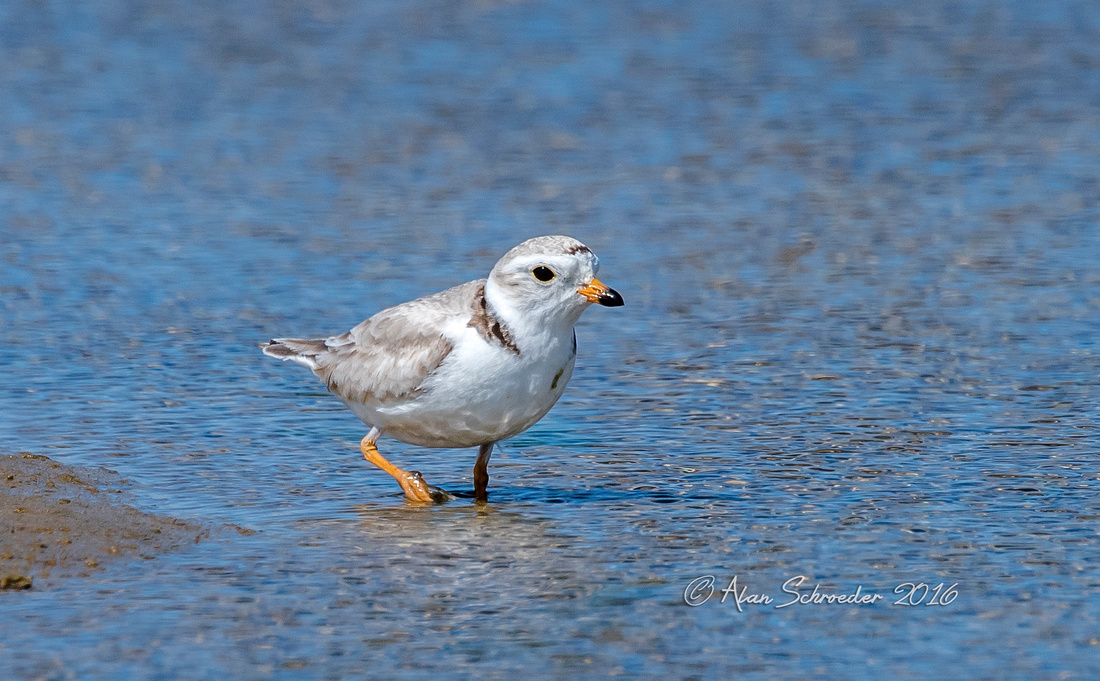 As the tide began coming in again it was time to pack up my gear and head home.  All in all a great day at the beach and another of our great National Wildlife Refuges.

Comments are always welcomed and

To see more images from this trip click on "Home" above.